When we became aware that our day-to-day actions can have long term, negative impacts on our environment and our health, the United States (US) decided to make some changes. One of the first major changes was to introduce recycling things like plastic, paper and glass. This was an easy and cheap way to take better care of our planet Earth. 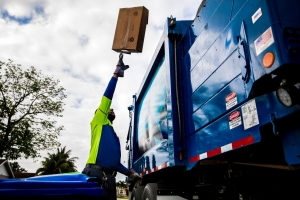 As time went on, new programs and services were created to make recycling easier for everyone to do. One example is to have recycling picked up from everyone’s home the same way that trash is. Making recycling easier to do did help for a long time, however these programs are starting to cost so much money that many cities and states are stopping.

What happened is that trash companies started collecting both trash and recycling from all customers. This included big companies, small home owners, and everything in between. Trash either gets burned or placed in a landfill and the recycling was shipped and sold to recycling companies in places like China, India, and Thailand. Now, the recycling companies are getting a lot of shipments but we do not do a good job of making sure that trash doesn’t accidentally mix in with our recyclables. When the shipments get to the facility in China, all trash must be removed before material can be processed, which takes lots of time and effort and costs the facility extra money. So, the facility charges the trash company extra, which makes shipping the recycling more expensive. Therefore, the cost of the recycling programs and services gets higher and higher.

As a result, many customers do not want to pay for recycling anymore and would rather throw their recyclables in the trash than pay the extra money. Some cities even continue to collect recyclables as usual, but rather than ship them to a facility in China, they burn their recyclables with the rest of the trash. 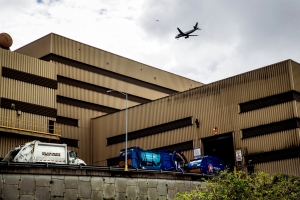